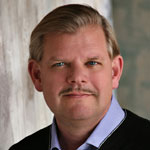 Adam is a world-renown expert on innovation, strategy, and change management. He has served on multiple boards, including Audit Chair for a NASDAQ traded company and has spoken at over 1,000 leadership events, both multi-company and single company, as a keynote speaker. Adam presents and leads workshops on how to achieve faster growth via higher levels of innovation.

Adam’s accurate forecasts about market shifting trends and his predictions for industry leading corporations has made him a frequent press interviewee regarding top tech companies, as well as the automobile, media and retail industry leaders. His insights into business growth and overcoming organizational obstacles have been featured in over 600 journals, including such notables as Forbes, Inc, Adweek, Fortune, Washington Times – and multiple radio and television interviews. Adam received his Harvard MBA with distinction, and offers three decades of top-tier management consulting credentials with Fortune 500 companies. 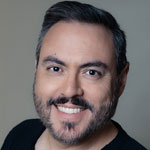 Manny is an award-winning business leader and entrepreneur with expertise in the areas of innovation, rapid technology deployment, sales, and marketing. Manny has applied his vast cross-market experience to launch hundreds of successful commercialization projects, support the growth of established businesses, and has help many startups launch their companies to sustainable revenue.

He has served on multiple boards and has received multiple awards for his rapid company growth including Hispanic Chamber of Commerce 40 under 40, Innovation &; Impact Award, Copper Cactus Innovation Award, and the SBDC Success Award. Manny received his BS in Mechanical Engineering from the University of Arizona and stays active in the community.

Please connect with us on LinkedIn

The SparkCom Podcast
SparkCom is our exclusive community of innovation, giving you access to insights and information to innovative businesses and emerging trends in the market. By joining our thriving community, you will learn how to adapt and prepare your business to thrive in the new economy. To thrive requires either being an innovator, or adapting to innovations. At SparkCom, you will have access to a wealth of information to develop your abilities to innovate and adapt and ultimately succeed. At the center of our community is our weekly video calls. Here, Adam and Manny explore innovative companies, emerging trends, and contemporary topics to give you insights on how to prepare yourself and your business for growth. We will explore the interdependency of elements in the market and how they will directly effect your business. SparkCom also gives you access to exclusive ebooks, archived material from Adam's writings on Forbes, case studies, webinars, and much more. Lastly, members now have a way to direct access Adam and Manny for one-on-one questions, receiving guidance from experts in the fields of innovation, operations, and sales.
2-24-2021 Cryptocurrency – Trend or Fad? Knowing Which is Critical for Success

Cryptocurrencies recently drew a lot of attention due to Elon Musk personally investing heavily, while having Tesla also invest. Subsequently some CEOs (mostly of tech companies) began saying companies should hold cryptocurrencies instead of dollars, euros or other government backed currencies. Thus, the price of the major ones, like Bitcoin, skyrocketed.

However, there is good reason for wild volatility in cryptocurrency values. This podcast describes the breadth of cryptocurrencies, the foundation upon which they claim to have value, as well as how they are stored, traded and spent, explaining how weak the infrastructure really is. It also explains the difference between cryptocurrency, which is a fad, and the underlying blockchain technology – which is an emerging trend.

It is possible that cryptocurrencies in the future could be government backed and regulated – but that is not the case today. Today there is a lot of speculation in cryptocurrencies, but little value. Like the tulip bulb mania (where the price of one bulb was greater than the price of a house) crypto buyers are buying and selling on the “greater fool” theory that whatever they pay, a greater fool will come along and pay more. Even though they’ve been around for 16 years, today’s cryptos demonstrate just how big and long-lived fads can be – even when they show no signs of ever becoming a real trend.

Unless governments get involved in producing and using cryptocurrencies instead of traditional currency. That could happen, and it would be a trigger that would turn the fad into a trend.

Thinking Points:
– Do you build your plans based on trends – or fads? Do you know the difference?
– Do you know the triggers that could turn a fad into a trend in your market?
– Do you let “momentum indicators” drive your planning, jerking you from fad to fad, instead of using trends to guide long-term planning that will yield success?