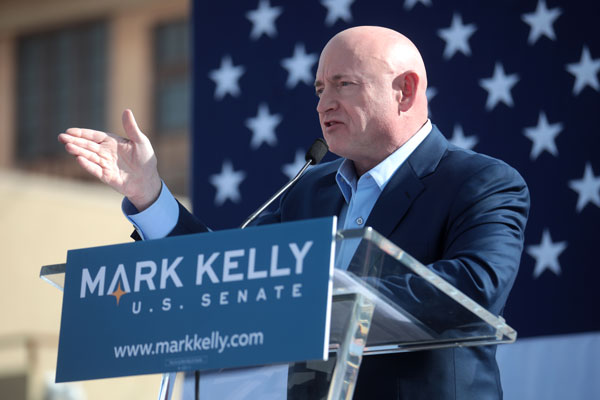 Democratic Senatorial Candidate Mark Kelly was on Tipping Point with Zach Yentzer Wednesday and largely stayed on message while addressing the governments response to the novel coronavirus pandemic, border security and the topic of China. Kelly also stuck by World View Enterprises, the company he helped found, as questions have arisen centering around “Tencent” – one of the Chinese companies that invested in World View.

China is shaping up to be one of the hot topics leading into the November election, as many Republicans are unhappy with China’s handling of the coronavirus outbreak. Kelly was not happy with China, saying “we cannot trust China.” Though, Kelly pushed most of the blame to President Trump, saying “As early as January, as we’ve been dealing with the Coronavirus, the president’s intelligence briefings repeatedly warned that China was suppressing information about this virus. But still the president – you know – said China’s being transparent. China is never going to be transparent with us.”

Meanwhile, Kelly’s opponent, Republican Senator Martha McSally has been widely outspoken against China. Tweeting earlier today “This election is going to be about who can stand up to China, the world’s communist bully. I will stand up for freedom and against the oppressive Chinese regime, which has wrought so much death in our world.” McSally was responding to an earlier Tweet by Secretary of State Mike Pompeo in which he said he told Congress “Hong Kong is no longer autonomous from China” and that the United States stands with the people of Hong Kong.

When asked whether or not his involvement with Worldview would make it more difficult to speak to the issue of China, Kelly touted his accomplishments that gave him the ability to found the company. Kelly also mentioned the economic impact of Worldview on Southern Arizona, saying “A number of groups that invest in promising technology companies also invested in this company.” Adding that World View “…generates millions of dollars of economic impact and creates a lot of high paying jobs.”